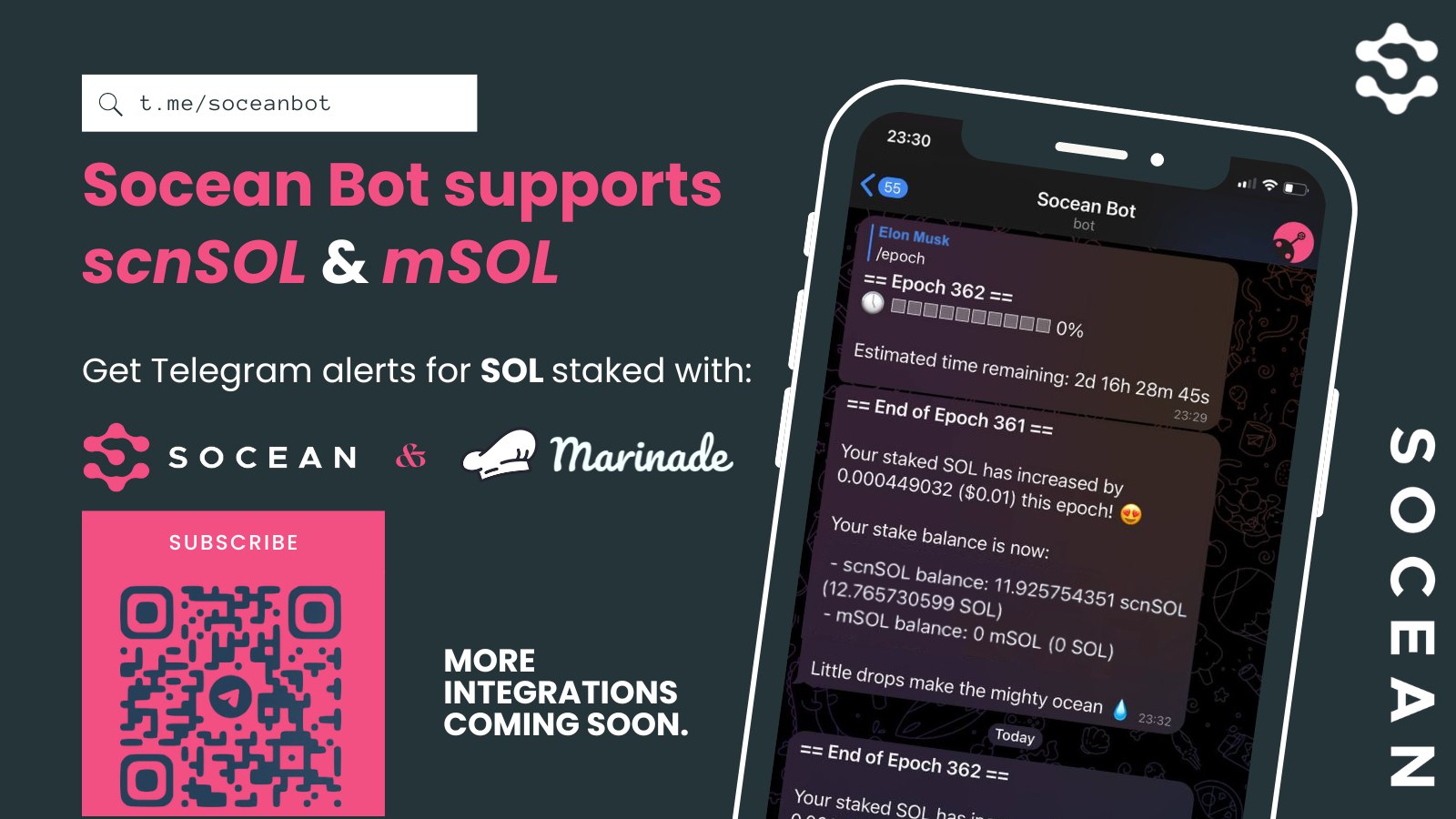 Socean Bot now supports inline commands. You can now type @SoceanBot in any conversation and quickly get information about the current epoch and how validators are performing. 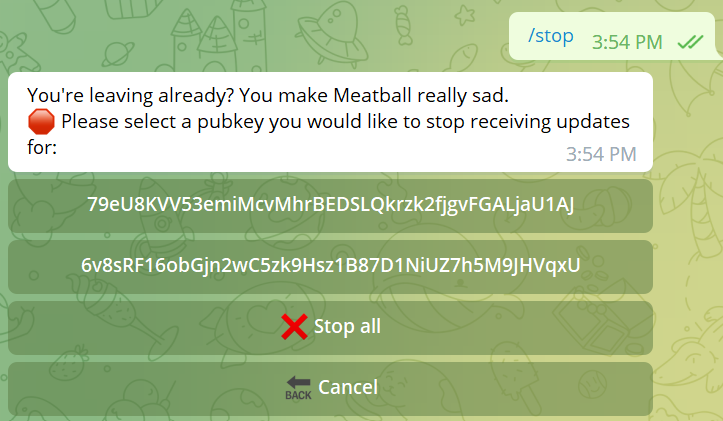 We've made small changes this week to the Socean Bot as we gear up for a new feature release. We've added a typing indicator when an action is being performed so you know the bot hasn't died on you. This is useful for more expensive calls like /validators that take a while to run.

We also added the /stop command so you can unsubscribe to end-of-epoch alerts if you're not feeling them anymore.

We've started tracking scnSOL and mSOL balances on user wallets on the backend, which will enable one of our most requested features for the bot: providing staked SOL token balances. The feature is undergoing testing and will be ready soon.

We set up a Solend staked SOL permissionless pool and seeded it with some initial funds: 1,000 SOL and 10,000 USDC.

After more than a year of work by the Socean and Pyth team, we are now on Pyth. This means that scnSOL can now be integrated with many DeFi protocols across the ecosystem. We're talking to many protocols and hope to have good news to share shortly.

- Replaced some APIs that were giving erroneous data

- Rewrote messages for errors and /stop command to make them clearer